Ed Southern is the Executive Director of the North Carolina Writers’ Network, one of the largest writers’ organizations of its kind in the country. He also is the author of three books: The Jamestown Adventure (2004, Blair); Voices of the American Revolution in the Carolinas (2009, Blair); and Parlous Angels (2009, Press 53). His shorter work, in a variety of genres, has appeared in storySouth, the North Carolina Literary Review, the North Carolina 10×10 Festival, South Writ Large, The Dirty Spoon, the Asheville Poetry Review, and Wake Forest Magazine, among others. In 2015 he won the Fortner Award for service to the literary arts in North Carolina.

Prior to the Network, he was Vice President of Sales & Marketing at John F. Blair, Publisher. Before that, he worked as a bookseller, coffee shop manager, sporting-goods sales clerk, janitor, assistant facilities manager at a major art museum, bartender, high school sports stringer for the Winston-Salem Journal, delivery truck driver, dishwasher, basketball scoreboard operator, busser, bagger, and lawn mower, though not at the same time.

He lives in Winston-Salem with his wife Jamie Rogers Southern, the Executive Director of Bookmarks, and their children.

To make a short story long:

The name has nothing to do with it. Whatever early Southern progenitor could have landed at Plymouth Rock or Ellis Island, and Ed Southern would have grown up hearing lame comments about “Your name is Southern – but you’re from the North!” instead.

But that first Southern in America came to Virginia, probably around 1620, and so he’s saddled twice over with Southern identity he couldn’t escape if he wanted to, even if he didn’t talk the way he does.

He was born in Winston-Salem, and spent his childhood there in a neighborhood just outside the city limits, bordered on two sides by dairy farm pastures, on a third side by woods that seemed to a child thick and endless and probably haunted, and on the fourth by Robinhood Road. 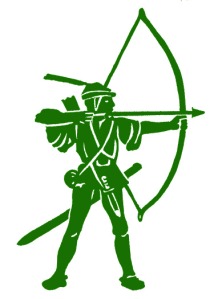 After spending his youth in Greenville, South Carolina (Go Warriors), he came back to Winston-Salem to attend Wake Forest University, graduating with honors with a degree in politics, planning to go into journalism. He spent his last semester, though, studying in London with the legendary Dr. Edwin G. Wilson, and at some point realized he was spending as much of his free time prowling through bookstores as crawling through pubs. He realized then that his true love had been books all along.

After a gap year working at Reynolda House Museum of American Art, he started graduate school, only to drop out a week later. He went to work for one of the big-box bookstore chains, eventually becoming a member of the training team sent to open the company’s first store in London, a massive four-story media emporium on Oxford Street. It was a bit like coming full circle, but not. A year later, he left the bookstore and went to work for John F. Blair, Publisher, as the sales director, becoming Vice President of Sales & Marketing in 2005.

He left Blair in 2008 to become Executive Director of the North Carolina Writers’ Network, one of the nation’s oldest and largest literary nonprofits of its kind. Over the next decade he stabilized the organization’s finances, doubled its membership, oversaw its transition to a virtual office,  and introduced new programs such as Regional Reps, Prison Writers Outreach, Writing the New South, Representation Readers, online classes, and three new scholarship funds.

Along the way he authored or edited four books (three of them still in print!), as well as numerous shorter pieces: stories, poems, essays, reviews, columns, and plays.

He lives again in Winston-Salem with his wife Jamie Rogers Southern, the Executive Director for Bookmarks, and their children. 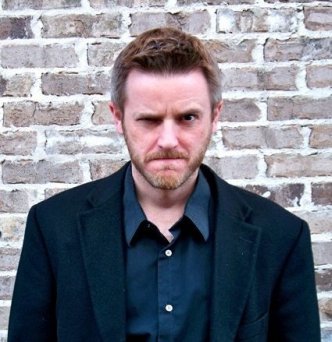